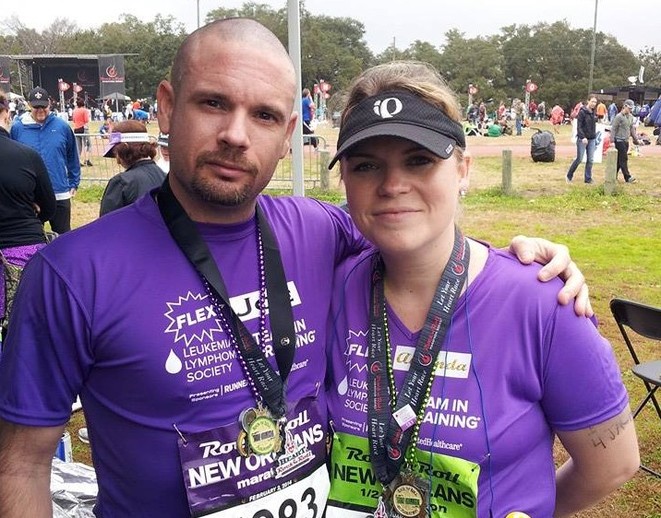 Several years ago in your very same galaxy…………

Joe Rivard set himself upon a personal goal; to do a marathon in all 50 states. After seeing floods of purple race shirts, he began to think about not only completing his goal, but to also use his plan for something positive. In 2012, Joe joined the Leukemia & Lymphoma Society’s Team in Training. Through doing his fundraising, he met hundreds of people who would change the way he viewed his life. Not only was the community supportive of his fundraising efforts, he met his first honored hero, and saw first hand at his first team dinner exactly how big of an impact one person in a team can make. That June he ran his first event for them, the Rock n’ Roll San Diego Marathon, and he was hooked.

Fast forward to 2013, while pondering which race to complete next and how to be more creative in his fundraising, a idea was brought to his attention to conduct online virtual race fundraisers. Not only would this raise money for a cause that had become so dear to his heart, it would reach outside of his hometown barrier. Each race allows participants to not only run for a cause wherever their location is in this world. In return, the runners receive a race medal (or as we call it “bling”) for their support and efforts. The concept of Virtual Nerd Runs was born. It all began with the very first race, named Jedi Challenge. With runners of all ages ranging from age 5+ in more than 9 countries and almost all 50 states, the race was a huge success.

Currently, Joe and his wife Amanda run multiple races a year with Team in Training and have become a strong fundraising force together. Amanda even had the honor last year of being a speaker at an Inspirational Dinner, where she was able to share how they got their start in virtual racing. Their wedding even took place in Las Vegas in their Team in Training jerseys prior to running a marathon representing the team.

Would you please join us in helping to find a cure? If you have any questions, comments, or race ideas please feel free to contact us. 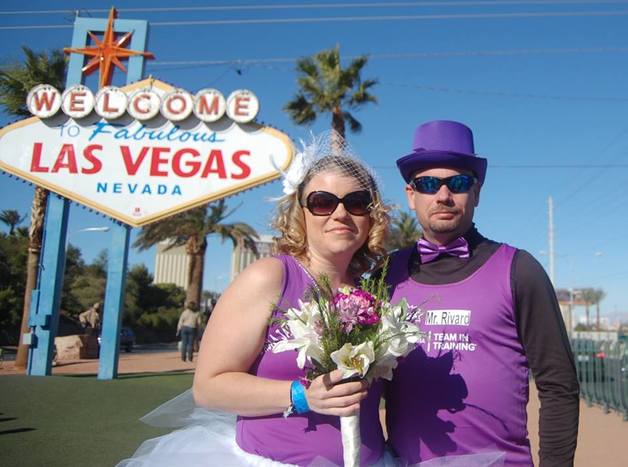